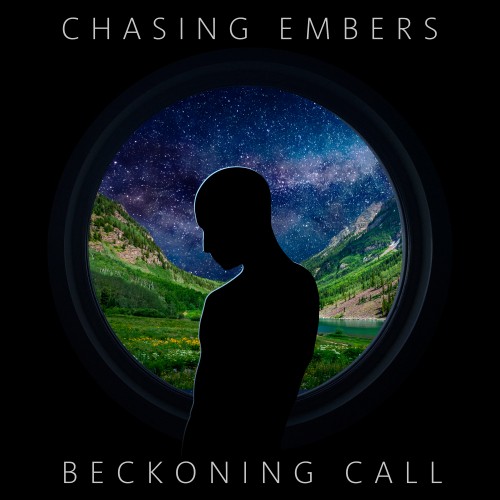 Review written by Nathalie Van Hecke.
Chasing Embers is an Ukrainian alternative metal band formed in 2016 with “Beckoning Call” being their debut album, released independently and sent to us by our Dutch friends at Hard Life Promotion. The album starts with “Beckoning Call’s” title track. After a melodic opening, this lengthy first song will entice you with powerful vocals, soaring guitar riffs and headbanging beats. While the first part of the title track has nu-metal influences, the latter part shows the band’s progressive vibes. An overall beautiful welcome card from Chasing Embers and which flows smoothly into “Desires and Fears.” A well-balanced fusion between alternative rock and progressive metal with smashing drums, crisp, bass-heavy riffs and a solid progressive melody section.
The album’s third track, “Spiritual,” my personal favorite, begins with some smooth calm humming and a steady instrumental lead before the awesome lyrics kick in. This particular song has quite an Evanescence feel to it because of the long, meditative vocals joined by the heavy tunes and so does the follow-up track, “High Stakes.” Then comes “Carnage,” the most intimate and emotional song on this release thanks to the piano lead and soft-beating drums, however, the song occasional explodes into raging melodies. A very relatable song.
Next up is “Silent House,” which begins with some spooky child singing before the song blasts into arguably the heaviest song on the album. “Drown With Me” offers some of the most epic guitar riffs on the album. “Last Night Tonight” adds plenty of speed to the usual Chasing Embers mix and finally “The Moonman” is one last, magnificent song which has all the traits that Chasing Embers had been showing off those past 45 minutes.
Chasing Embers’ debut album is a beautiful blend of alternative rock, nu-metal and progressive metal. While most of the songs on “Beckoning Call” clock in well over 5 minutes, the band showcases more than enough finesse, technicality, rhythm and overall raw power to keep you engaged for a good long time! Here’s the music video for “Spirtiual.”
Personal Rate : 4,5/5