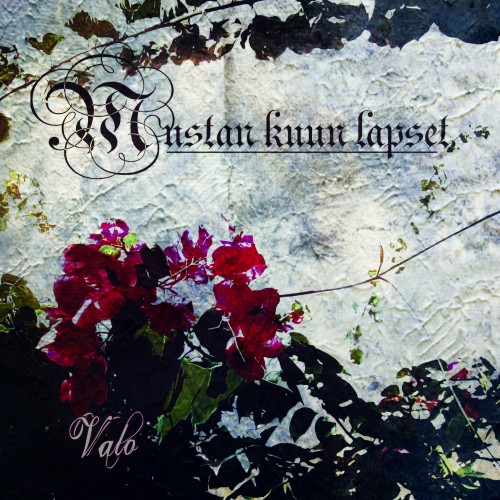 Review written by Glenn “Terra Shredder” Van Bockstaele.
Mustan Kuun Lapset is a Finnish black/dark metal band formed in 1993 as Häiriö before changing their name to Mustan Kuun Lapset (Finnish for Children Of The Black Moon) in 1995. Since then the band has released multiple albums and a couple of EPs and now they’ve released their sixth full-length. Distributed through and directly sent to us by Finnish record label Inverse Records. Kiitos!
Mustan Kuun Lapset is a band that mostly plays melodic black and gothic metal with some occasional folk elements (the instrumental fifth track “Soidin”), acoustic instrumentation (the fourth track “Kohti Valoa”) and symphonic tunes (the seventh track “Tropaenum”). What makes this band and album unique in my opinion is the mysterious and engaging atmosphere which oozes throughout this release. The bass-heavy sound, the shrieking and grunting vocals, the pounding blast beats and lengthy epic guitar solos along with the many aforementioned acoustic, symphonic and folk influences. And to top it all off, the whole album (and Mustan Kuun Lapset’s discography for that matter) is in Finnish. It all adds to the aforementioned dark, mystical feel, like a chilling winter in the middle of Finland’s lush nature!
Most of the album’s songs are over 7 minutes in runtime and each song manages to instantly pull you into the dark magical world of Mustan Kuun Lapset. Either through fast and melodic black and death metal as in songs like “Nostalgia” or “Eksyneet” or with gentle folk instruments like violin and acoustic guitar as in Valo’s title track finale. It all reminds me of bands like Insomnium or Swallow The Sun. All in all, Mustan Kuun Lapset’s latest release is quite a piece of art. While their style has evolved from traditional black metal to dark/death/gothic metal they still maintain some of that classic blackness among the countless other influences their current sound possesses. Well recommended to fans of extreme and melodic metal as well as those looking for a true spiritual musical journey. Here’s the music video for the track “Kothi Valoa.”
85/100