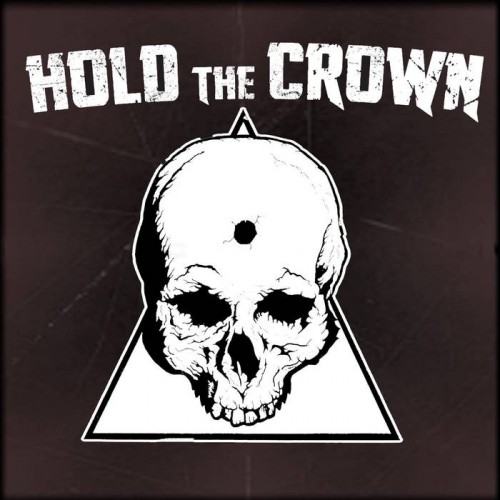 Review written by Glenn Van Bockstaele.
Hold The Crown is a Belgian metalcore band formed in 2013 and last summer they brought out their self-titled debut album. This independent release was sent to us personally by guitarist David, thank you very much! The album begins with a sample from a horror movie featuring a screaming woman and breaking glass before the band begins with “In Time,” a song that starts off more like a death metal tune before the typically hardcore melodies and vocals take over, a fun entry track.
On the other hand, the album’s second song, “Mindwar,” goes into full hardcore mode featuring Tim grunting, yelling and growling his way through its 2-minute runtime! A cheesy, but enjoyable tune. Up next is “The Crown,” a catchier and more varied track in terms of melodies and rhythms! Energetic, classy and it could make for a solid circle pit! The moshing party continues with “True Lies,” a vicious metalcore sledgehammer that smoothly transitions between fast riffs and powerful breakdowns. Then comes a slightly slower song in the form of “Struggle,” putting more emphasis on sharp guitar work (reminiscent of crossover thrash metal) and having an anthem-like feel.
The album’s sixth track, “Rush Hour,” is similar to the preceding song in the sense that it’s another crossover song to headbang and shout along to!.The next song, “Out Of Strength,” is more 90s hardcore oriented and dominated by shouting vocals creating a sense of anarchy as is usually the case in songs like this. Then comes the song “Dead To Me,” opening with the famous monologue from the trailer of the fifth Pirates Of The Caribbean movie before going for another pounding metalcore track. Track nine is “Involved” and intensifies things considerably, the drum beats in particular make for some furious headbanging. Finally we get “Wasted Dreams,” the longest tune on the album and once again combining elements from thrash, death and hardcore for one final slam dancer until the “Outro” track comes in, featuring a militaristic drum beat and Howard Beale’s iconic “I’m a human being, god-dammit” speech from the 1976 film “Network.” And that wraps it all up, folks!
Despite the unnecessary samples and the generic yet effective sound, Hold The Crown’s eponymous debut offers a solid set of fast-paced crossover thrash and hardcore material with some anthemic and melodic touches and a variety of convincingly anger-filled vocals. If that aforementioned stuff your thing, you will certainly get a (maybe literal) kick out of this. Enjoy the official music video for “Involved.”
75/100