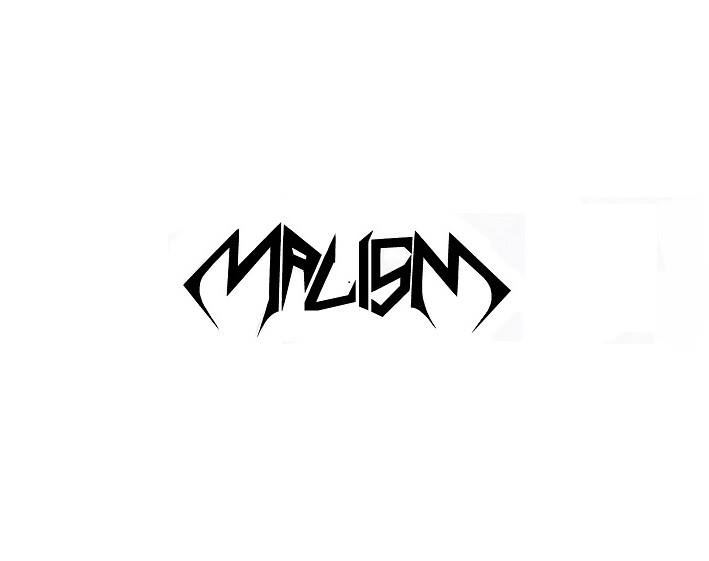 Malism’s EP release party in Ninove (August 14th 2015) was a feast to say the least! The band was playing at full throttle, the audience was thrilled and yours truly was standing right in front of them, watching them every move! And I was extremely satisfied with what they brought up that night! So to put the spiked icing on the metal cake, I had a nice up close and personal encounter with Malism’s Nico Cluckers and Valentin “Valo” Stinis.

And what’s in the metal cake, you may ask? Malism’s origin story, stylish improvisation and the band’s well laid out plans for the future! Bon appétit, fellas!

BMS: First and foremost, I want to congratulate you guys for releasing your very first EP! Tell me something about Malism’s history, starting from the early days up till the EP’s release.

Nico: I started Malism with Tom, our drummer. Then we began looking for a vocalist. Back then we thought that finding a good singer would have been the hardest part in founding our band. Eventually Jelle and Nick auditioned for the vocals and bass respectively. A year later, we did our gig here in Café Peken but shortly thereafter we parted ways with Nick. I asked Valo if he wanted to replace Nick as I used to play alongside him with the band Antagonizer.

Nico: We already were good friends at the time and he accepted straight away to join. With Valo on the team, we continued working on the tracks we had already made with Nick and we even wrote some new stuff. A little over a year later, we were joined by Wouter on second guitar. Having a second guitar opened up many possibilities as far as songwriting goes. And just like when Valo joined, we looked back on our older songs to see how we could make them better while also writing new tracks. From the start of Malism, we had the plan of releasing an EP and we began recording it as soon as we had the tracks fully written.

Valo: One of the biggest breakthroughs in our EP’s production was when we met Floren Van Stichel. He is a professional studio engineer who works at MotorMusic Studios in Mechelen. During a Malism gig in Berlaar he approached us and offered us his assistance in recording our EP. From that day onward, the ball seriously started rolling. We sat together and decided what to put on the disc and the rest is history!

BMS: Speaking about the EP. It consists of just four tracks (and man, I want more of this great stuff). Was it your original intention to just record four songs or did you wish to add one or two more to the mix?

Nico: For a short while, we were playing with the idea of recording a full-length release. We eventually chose to only put four songs on the track list so that we didn’t have to rush the EP’s production. Quality above quantity, you could say.

Valo: Yeah, this was our first time that we were recording material so we were testing the waters. It was a big learning experience and a smaller project like an EP gave us a little more room for mistakes and fixing said mistakes.

Valo: I’d say that Anthrax could be considered the main inspiration for Malism’s sound, with Pantera and Exodus sharing a second place in that regard. Fun fact, Jelle and I are actually not what you’d call typical thrashers. Jelle has more of a punk/crossover background, while I have my roots in rock n’ roll and even pagan metal among other genres. So he and I bring a whole different flavor to the band.

Nico: Tom and I have always had a very similar musical direction that has evolved over the past few years. Our current and future Malism songs will represent that evolution. As for influences I can say that bands like Coroner, Forbidden and Nevermore gave me some ideas. However, we aren’t going to cheaply copy their style. We want to show ourselves as an individual band with our own unique sound and feel.

BMS: I fairly admit that your band has plenty of individuality. So as far as I’m concerned, mission accomplished! As I said in my review, your EP gave me a great first impression of Malism and I’m 110% certain that you guys will be writing even greater songs in the near future.

Nico and Valo: Thanks! We really appreciate the feedback!

BMS: You’re welcome. Tell me, is it easy for you guys to meet up and rehearse or discuss new material?

Nico: Actually, we all first met each other in Geraardsbergen. We went out together in that city and eventually became close friends.

BMS: That’s great. But now I’m curious to know how difficult it is to combine Malism with your other life responsibilities.

Valo: The only periods wherein we play very little are during the college exam periods in January and June. Other than that, we don’t have any real difficulties combining Malism with the other things we do in life. One very important aspect is clear communication between the band members.

Nico: Yeah, that’s right! We always meet up to rehearse, even if one or two of the band members are absent due to more pressing matters. And if we can’t play in our rehearsal room, we go to one of the band members’ homes and play there. We remain flexible and stay very close in touch with each other. We don’t fuck around and use our available time to the fullest!

BMS: Spoken like true pros! So, what are the other fun activities you guys do aside from playing with Malism?

Valo: I study Special Education in college and I work in a local store once a week so I can buy some strings every now and then. In addition, I love American comic books. Marvel in particular!

BMS: Cool! I’m a quite a comic book nerd myself! Me and some of my friends frequently watch superhero movies. The last Avengers movie was awesome!

Valo: Yeah, I agree, it was a great film. But do remember that we keep references to comics, video games, sci-fi and fantasy to a minimum in Malism. We’ve done a few songs that were explicitly about that kind of stuff, Bad Joke for example, but we’ve moved away from that. We don’t want people to think we're some nerdy gamer band or a bunch of guys cosplaying as the Power Rangers. We want people to remember us by our music and our no-nonsense attitude on stage rather than some cheap superhero gimmick.

BMS: Well, Malism’s message has been delivered loud and clear here tonight! And now you, Nico, what are your other interests?

Nico: Aside from playing with Malism and spending time with friends and family, I'm looking for a job as a 3D-artist. The cover of our first EP was made by me.

BMS: And it’s a beautiful cover indeed. I’ve heard from Wouter Langhendries from Warckon that you also created the artwork for their latest album, High Treason. Where did you get the inspiration for designing that album’s cover?

Nico: Well, they gave me very clear instructions as to how the artwork had to look. I received the album’s title and met Wouter a few times to discuss the look of the album.

BMS: Now that your EP’s is out, what are your plans for the near future?

Nico: We’ll be focusing our efforts on writing new songs. We really want to have a rock solid set list with more songs of equal or better quality than the ones we have right now. As soon as time and money allows it, we plan on releasing a full album.
Valo: Right now, we are going to do as many gigs as we can so we can promote our band and our EP.

BMS: Ok, I see you guys have your work cut out for the following months. Your last song during tonight’s gig was an unfinished song. What do you still want to change to it?

Valo: You know, the second half of that track was pure improvisation!

BMS: Improvisation? Well, I sure as hell didn’t notice that! Most impressive!

Valo: Thanks! The opening riff was actually the one thing that we’ve already finished for that song. We spent a lot of time in writing that riff so that it has a lot of energy and pepper.
Nico: We still want to add a few more riffs to the track to flesh it out and then that song is all wrapped up.


BMS: I have a suggestion. I’m a real sucker for instrumentals and I hope you’ll write a few of them for your future releases.

Valo: In fact, the track Malism, which we played today, is originally intended as an instrumental track. During live gigs, however, Jelle adds some improvised vocals and we just let him roll with it. But the recorded version of the Malism track will not have any vocals at all.

BMS: Well, Jelle can also use the track to take some time off singing and drink a beer or two. Anyway, do you guys have anything else to add before we go separate ways?

Valo: I’m very grateful for all the support we have received! All the people who have attended our concerts and bought our EP, all the likes we have received on Facebook, all the shared videos, etc.
Nico: I’m also very thankful for the great feedback we’ve received for our work. I hope that we will be able to maintain and grow our fan base over time. Actually, some of our closest friends have attended our gigs since the very beginning and they haven’t missed a single Malism concert since then! All those little joys make playing in a band all the more worth it!

BMS: Although I can’t guarantee that I’ll be attending every single future Malism gig, you can rest assured that I’ll be present if you play near my neighborhood as you did tonight! In any case, I’m completely sold to your music and can’t wait to see you guys again!

Nico, me and Valo thank you for reading!