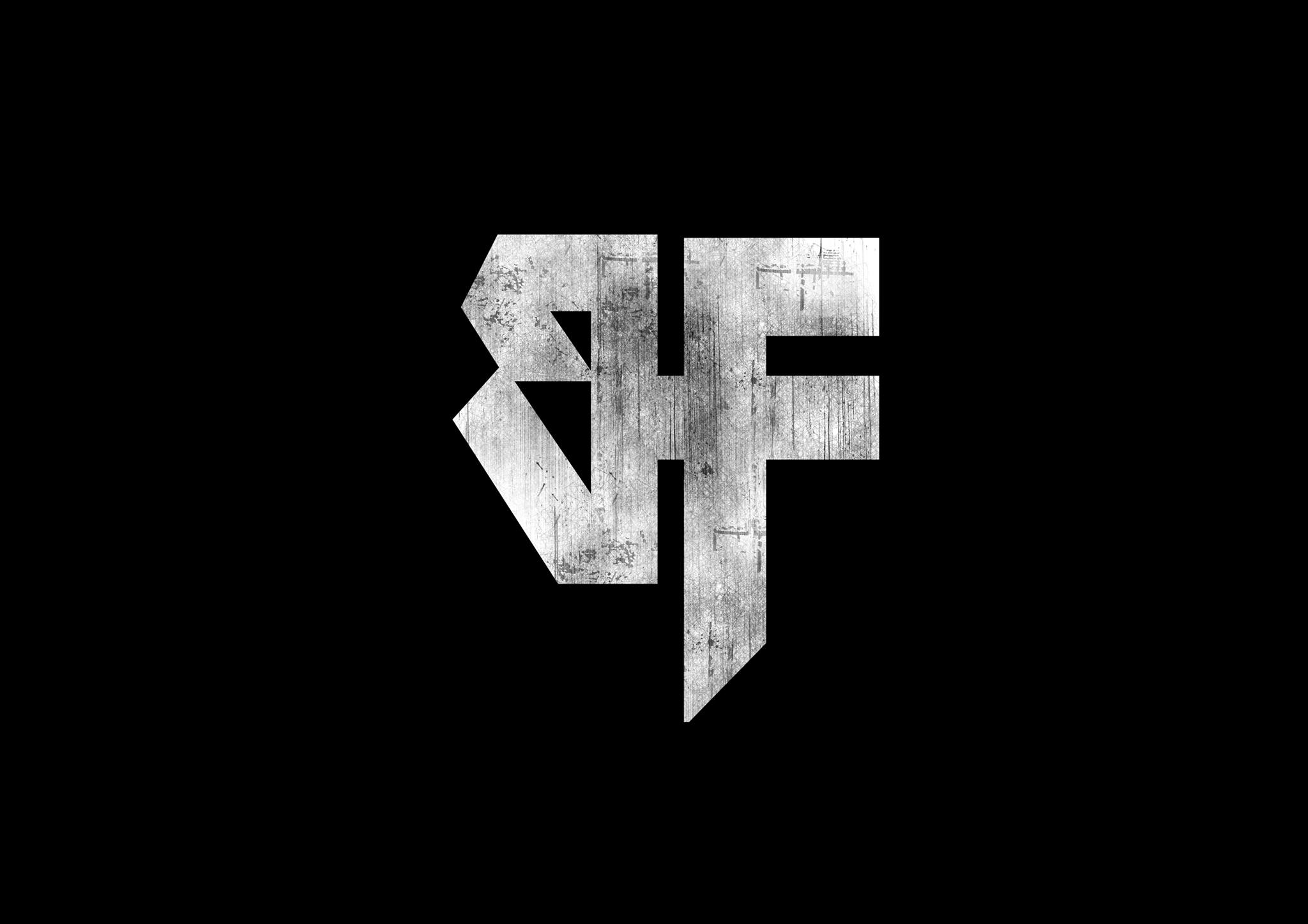 Back in January, Blackfall’s frontman Bart Smet contacted me to review their self-debuted EP. It was a very enjoyable release and when I saw on Facebook that the band would be playing in Den Drummer in Ghent on March 5, 2016, I immediately arranged an interview with Bart and the other Blackfall folks. So what can you expect here? Well, your typical metal interview topics like discussing their latest material and their future plans mixed with slightly less typical metal topics like Assassin’s Creed, venue sizes and pizza! Cowabunga!

BMS: Hello there. Let’s get this cheesy question out of the way first, how did Blackfall come to be?

Stef: In the band’s early days we were a three-piece band, consisting of me, Jeanne and Wout. I did the vocals, but I felt something was missing. I couldn’t lay my finger on it, so I decided to put the band on hold for a while. Eventually I met Bart, who worked in the Game Mania store in Oudenaarde, we started talking to each other and I asked him if he would replace me as Blackfall’s vocalist. He accepted and so Blackfall was reborn into the band that it is today!

BMS: Did the band change much since Bart joined in?

Stef: Not really. Back in the day we didn’t call ourselves Blackfall yet but most if not all of the material we had written before Bart’s inception has been added to Blackfall’s tracklist. Bart simply was the final piece of the puzzle!

BMS: I occasionally visit the Game Mania in Oudenaarde, maybe I met you there once, Bart, you look pretty familiar.

Bart: Well, I don’t work there anymore, but you’re right. Maybe we met each other there, in some other life!

BMS: Tell me something about the production of your debut EP.

Wout: Once Bart joined Blackfall, the four of us started rehearsing a lot and we grew much closer together as a band and as friends. In late 2015 we finally decided the time has come to record an EP. We met up with Tony de Block from Midas Recordings and he arranged everything for us!

BMS: Great! Where do you get your musical inspiration?

Stef: Mainly American nu-metal bands like Stained and Godsmack. BMS: Ok. I’m curious to know where you got the idea for the artwork, it’s just a picture of some woods!
Bart: We wanted to give people the right impression regarding our style of music. If we would’ve put a grizzly death metal cover on the EP, people would think we were some extreme Cannibal Corpse-like band. I wanted to keep things sober and accessible. After all, it’s our music that we want to put in the spotlight, not some fancy artwork.

BMS: Are there any songs that didn’t make the cut for the EP?

Stef: In fact, I could already fill two full-length albums with all the songs I have in mind. But of course, I first have to write them all down and discuss them with the other guys.
Bart: Think of it this way, Stef has a dream, and we make it a reality!

BMS: What are you future plans?

Jeanne: Sell more EPs!
Wout: Yeah! To accomplish that, we’re going to present our material to as many people as possible.
Stef: My next big goal with Blackfall is to record a full-length release, and once we have enough fresh material finished, we’ll be jumping into the studio again!
Bart: We’ve also got a little surprise for you all, but we’ll announce that somewhere in April or May.

BMS: Good thing we’re already in March. And when you’ve got a lot of work on your hands, time flies! Trust me, I speak from experience!

BMS: What are your individual favorite Blackfall songs to play live?

BMS: Oops, guess that’s a tough one to answer!

Jeanne: Yeah, it is! I love all our songs. But if I have to take a pick, I’ll go with Clown. It’s hard to say why but I love it. Kind of like a circus act!
Wout: Clown is my favorite as well. It’s edgy, has a catchy chorus and just feels great to play in front of a crowd!

Stef: Sweet Acidity, a track which is not featured on the EP, is one of the heaviest tracks in the Blackfall catalogue and my number one pick! We’ll be playing that track tonight, so I hope you’ll like it!
Bart: For me, both Sweet Acidity and Time to Be Me. Both these tracks give me the biggest drive to go all out and play the roof of the fucking place!

BMS: I can’t wait to hear Sweet Acidity tonight! Now, what are your other activities aside from jamming with Blackfall?

Wout: I also play drums with a singer-songwriter. We play less intense music compared to Blackfall so it’s my way to chill out between gigs. Our style of music may not be as fast or as aggressive compared to let’s say thrash or speed metal, but for a drummer like me, Blackfall’s sound gives me more than enough sweat and tears!

BMS: And you, Jeanne? Any other interests?

Jeanne: I have a huge interest in Japanese culture and I used to learn Japanese. I may not look like it, but I’m a passionate gamer. And I don’t play the typical girly stuff like Wii Fit or The Sims, but games like Titanfall, Halo and Assassin’s Creed. So you could consider me a “hardcore” gamer.

Jeanne: Just like every other guy.
Wout: I’m no gamer! But I am all player!

BMS: Personally I love playing old-school shooters like Quake and DOOM, especially with all the mods you can find on sites like MODDB. As what Assassin’s Creed is concerned, I have the first three games, but I’ve become a bit skeptical about the series since they got aliens shoehorned in by the end of the second game. And the fact that they turned the franchise into a yearly series makes me raise my eyebrows even more! But anyway, I think I might eventually play them all, once they drop in price.

Jeanne: I agree with you! They should’ve kept the concept simple and focus on the Templers trying to take over the world and leave aliens and the end of the world for some generic sci-fi game! That stuff made the plot unnecessarily bloated and complicated.

BMS: How about you Stef, what are your other activities?

BMS: Ah, FIFA, my ten-year old cousin Lander always beats the shit out of me when I play against him!

Bart: You got to practice, Stijn!

BMS: I’ve got to say, this bar must’ve been the smallest bar you guys have every played in!

Wout: Yeah, I guess so. But we’re very happy that we’re allowed to play here at all. We don’t care where we play or in front of how many people, we love what we’re doing and there are people out there who enjoy our work! What more do you need? And in fact, small venues like this one have their own charm.

BMS: I agree! In places like this you can get up close and personal with your audience! There’s no security personnel or barrier, pretty much everything is allowed!

Bart: That’s right! No holds barred! Besides, we started Blackfall all the way from nothing, and now people are starting to notice us. But we will always stay true to ourselves and to our sound, we don’t care critics saying that our music is too simplistic or not aggressive enough. And we all keep our feet to the ground and focus on the elements that define us! All kills, no frills!

BMS: I like your style! Is there anything else you want to tell or ask me?

BMS: I like a spicy pizza with chicken or salami, and what’s your favorite?

Bart: I love pizza with lots of salami and pepperoni!

BMS: How about you, Stef? Got anything else to say?

BMS: Yeah, I noticed during your stage setup that the two of you were more than just friends.

Wout: Enjoy our show!
Jeanne: Don’t forget to tell us afterwards what you think about our performance!

BMS: Don’t worry, I will! Now let’s get back inside and get the party started!

The lyric video of We All Make Sins, the opening track from Blackfall's debut EP.