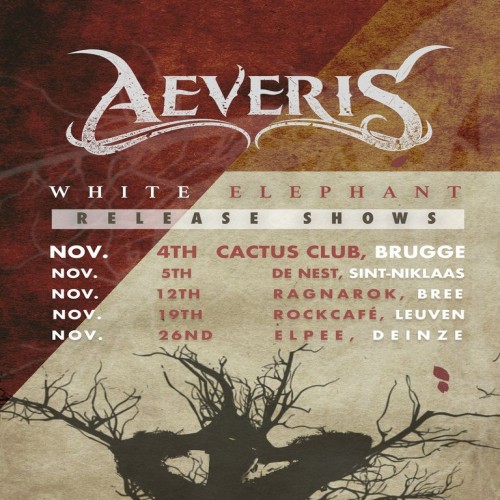 Review & pictures by Glenn Schrijvers.
Belgian Metal Shredder went tot the release show of Aeveris in Sint-Niklaas. The location was ‘De Nest,’ a local youth bar. It Is the smallest venue of Sint-Niklaas (160m2) but it has its charms. De Nest has been hosting for artists like Raveyards, K1d and Brutus. They focus on upcoming national and international talent. I like the venue because it's cozy and has a decent bar but, the most important thing is good service. You could pay cash or with bancontact and that was magnificent also, the restrooms were clean, an important part of a great venue for me personally. The only setback for me was that there was a huge amount of dust particles on site. 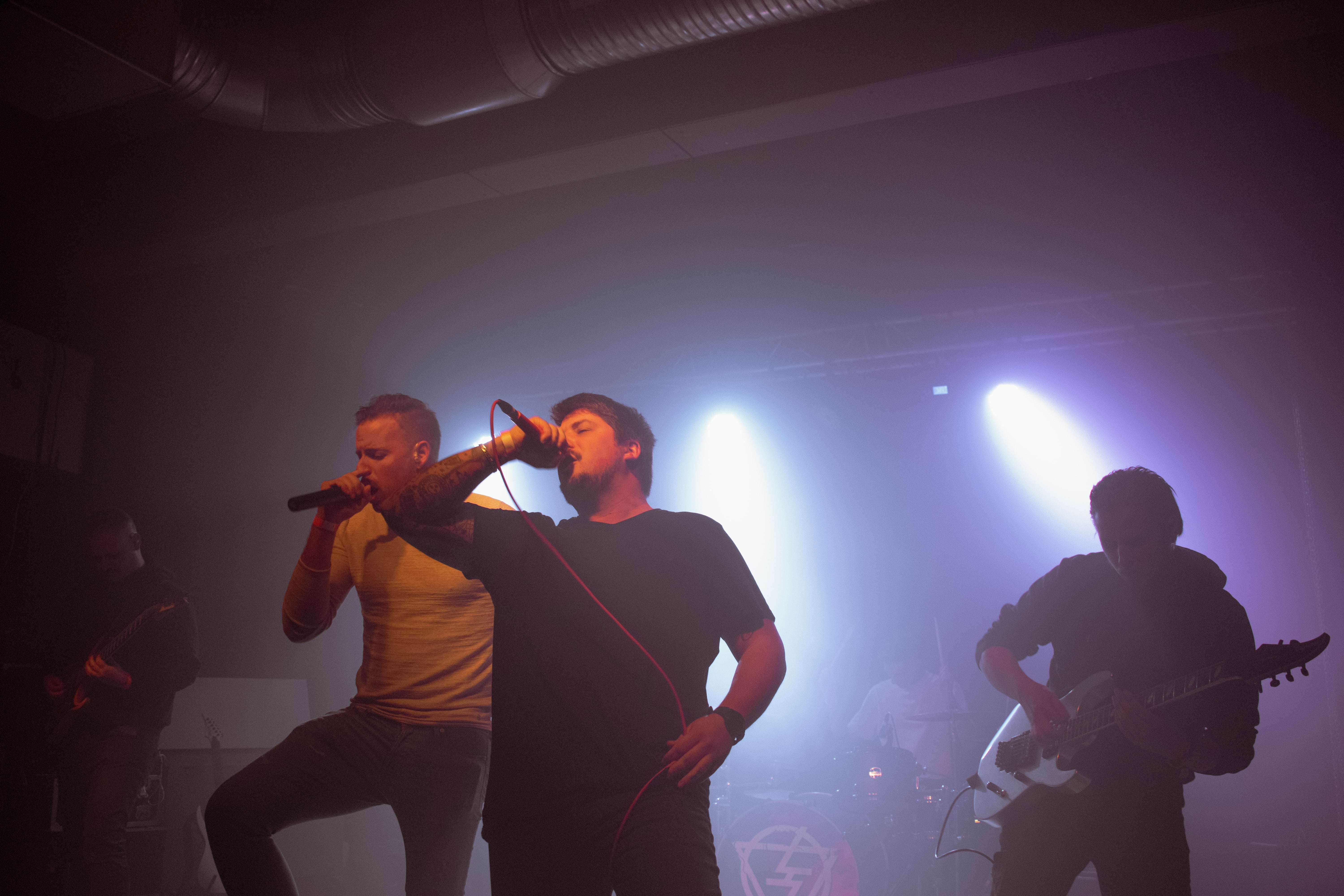 Our evening began with the support act called Secondhand Saints, a electronic metalcore band from Sint-Niklaas. Consisting of vocalists Jelle Gysels (mostly clean vocals) and Laszlo Lobelle (heavy vocals). For the guitars we had Jonas Smet and Kenny Callebaut and behind the drums we had Vincent Vermetten. Peppijn Verdonck was the bass player and was exceptionally not present during this show.
They have released a few singles like "Dying Breath," "Shattered Floors" and "Dead man’s Switch." If you do not know them yet, I recommend watching the videoclips of "Echoes" and "Dead man’s Switch." I'm looking forward for a debut album from this emerging band which has a lot of potential. I was very inquisitive about the live performance. Let me tell you something my fellow Shredders, Secondhand Saints did not disappoint.
From the first vocals it was spot on! Jelle and Laszlo are an energetic duo who entertain you very well. The chemistry between the vocalists was quite unique. The bandmembers on stage knew what they were doing! For a beginning band their on-stage performance was quite remarkable. Vincent playing with a big smile on his face and enjoying the moment. Jonas and Tom shredding their guitars and interacting with the other bandmembers. It was quite entertaining. The song ‘This Fire’ was for me the highlight of their set. I loved the electronic samples in combination with the raw metalcore sound. Unfortunately, there was no moshpit but there was a lot of potential for that! Secondhand Saints ended their set with "Dead man’s Switch" this song is going to be sung along anthem for upcoming shows. Secondhand Saints is a band to keep an eye out for. They play an amusing energetic show and use every second they have to entertain you! 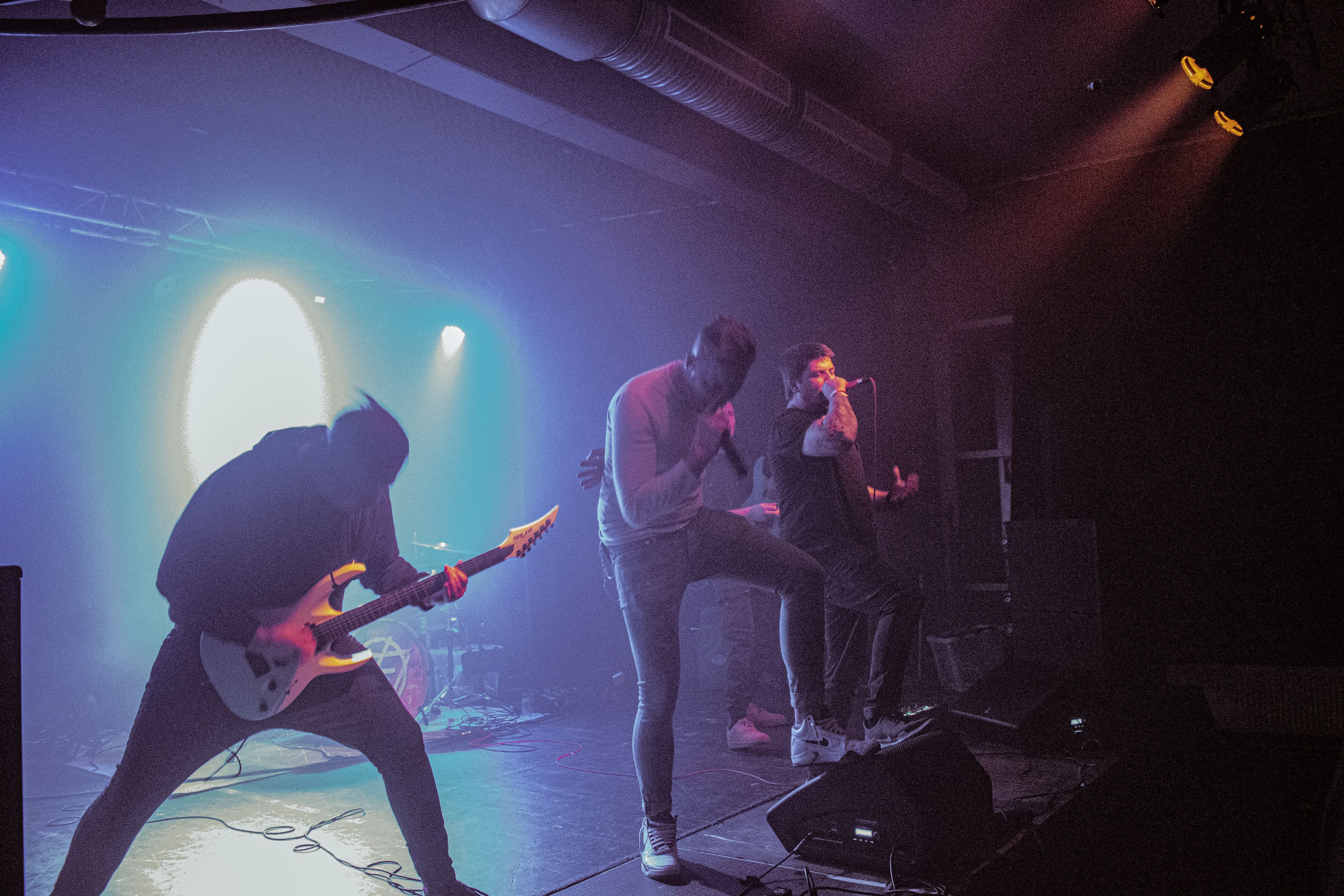 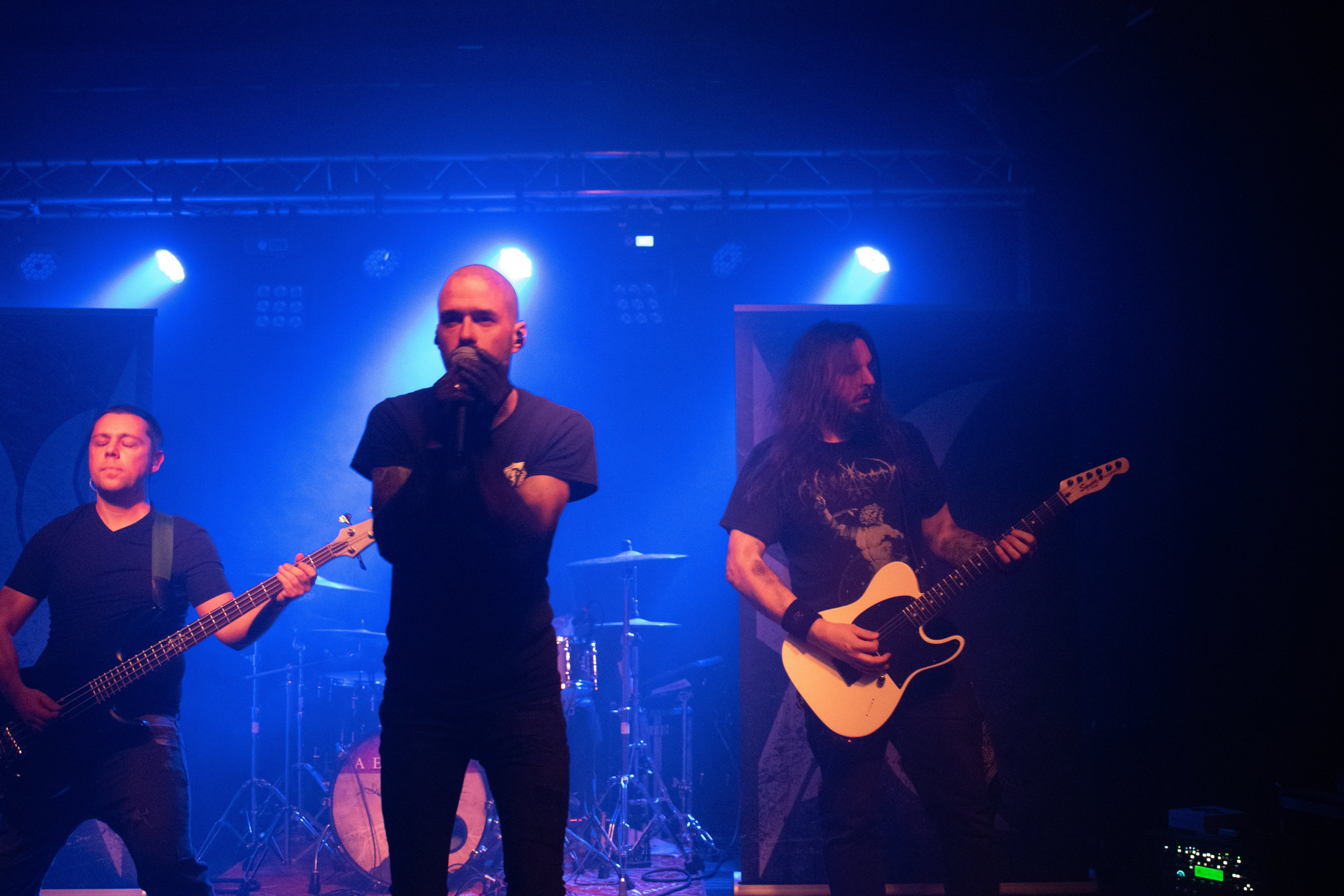 After this Secondhand Saints opening act I was hungry for more, next up was Aeveris! Presenting their debut album "White Elephant" which you can read the full review of this impressive album on https://www.belgianmetalshredder.be/reviews/401. There were quite a few people curious about Aeveris. Right from the start vocalist Louis grabbed us by the throat with his neck severing vocals and melodic chanting.
You cannot quite label Aeveris, they have their own unique sound with a mix of thrash, hardcore, metalcore and alternative metal. Drummer Louis was blasting his way through the set with his blast beats and cymbal crushing skills. Watching Jeffrey shredding riffs with his facial expressions is a sight to behold! Let us not forget the headbanging guitar hero Dennis unleashing his solo skills as well. The dynamic between Dennis and Jeffrey was a thing of epic proportions. The crowd was enthusiastic, they clearly showed that when a moshpit started during "The Great Demise" song.
We ended the evening with "Pointless Agenda" which combined all the key elements of the debut album. The crowd loved every second of it! Lots of headbanging! What an incredibly set Aeveris played an incredibly tight set! From riffs flying to your ears to emotionally screams, thick bass notes and pedal to the metal. 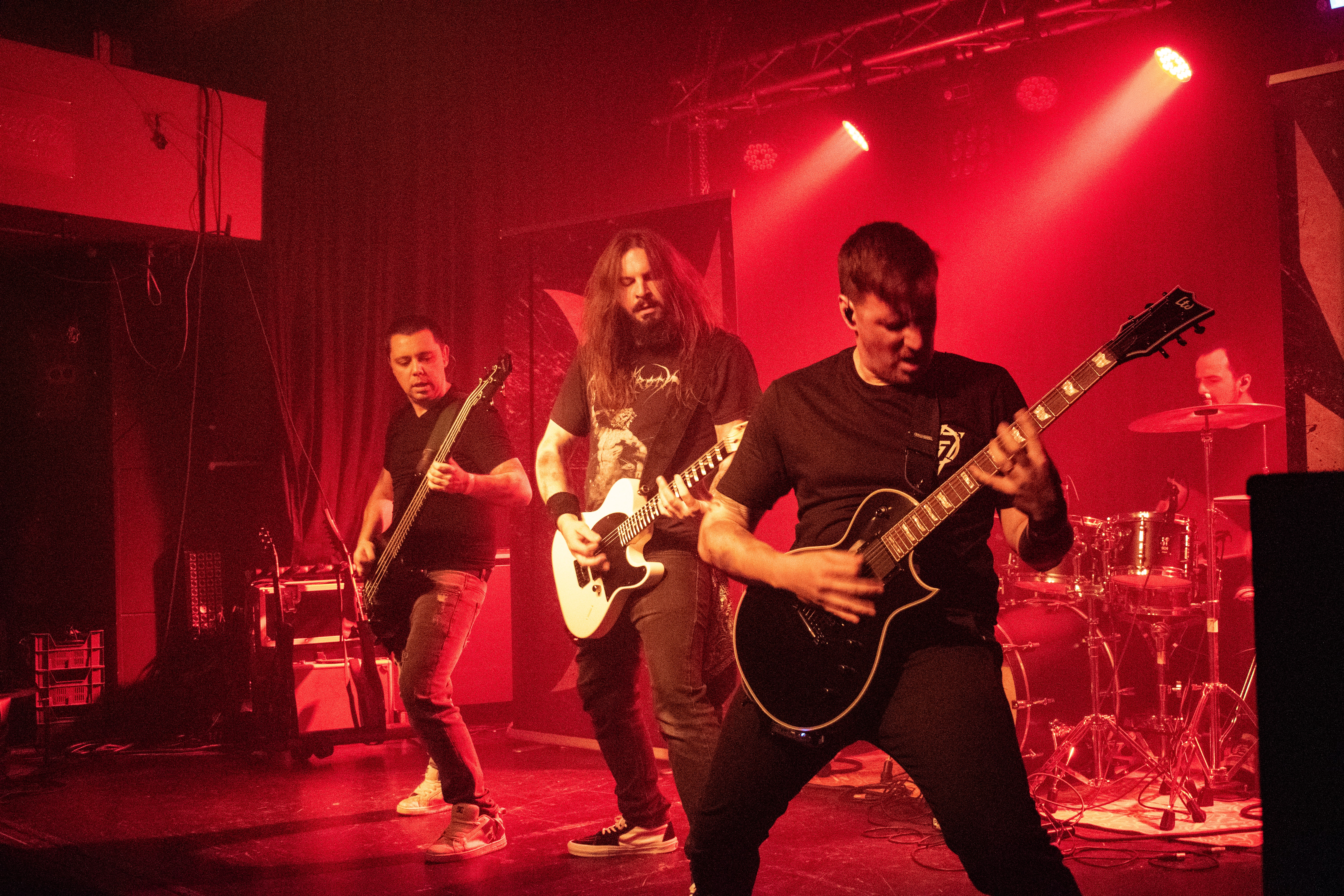 {After Aeveris impressed me with their "White Elephant" debut album they now impressed me with their live performance of said album. It's great to see that they managed to smoothly play their complex thrash, hardcore & alternative metal mix live on stage with just as much energy. And the crowd, me included, loved every second of it! And a solid supporting act in the form of Secondhand Saints topped it all off! Check both bands out if you haven't done so already!
}