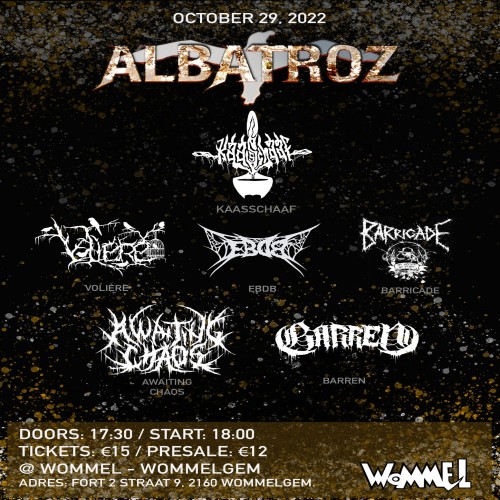 Review written by Glenn Schrijvers.
On Saturday October 29 my cousin and I went to Albatroz organized by Volière. The show took place at Wommel in Wommelgem. This is the first time I come to this venue. Wommel is based in an old fortress (build in 1859) and is an ideal location for blasting metal. After getting our wristbands we entered the venue and let me tell you something! I did not expect it to be so well equipped!
A nice stage, great bar, big PA (sound installation), decorations (paintings , skulls, chandeliers) and even the public restrooms (graffiti and band stickers). After grabbing our Kriek beers we were ready for the first band called BARREN.
Note: we didn't find any pictures of this event and since my girlfriend and I recently moved into our new home, I didn't had the time to prep up my camera, so instead of pictures of the bands, we include their logos. Also Kaasschaaf was replaced by Genocidal Terror.

We kickoff with BARREN Chainsaw Sound (because they use a Boss Heavy Metal HM-2 distortion paddle) that consists of (ex)members of Everyone Dies Alone, Human Vivisection, Aborted and Agathocles. They will be releasing their debut album this December. They immediately charged your senses with earblasting drums, outrageous shredding riffs and a dual vocal assault of nasty bellowing growls and insane screams. I got blown away from this raw grindcore sound. This was a great start of the evening. They deserved a bigger audience but that is the thing with the opening act, they usually don't draw as much compared to the bigger acts on an event. We needed another Kriek after this mayhem. 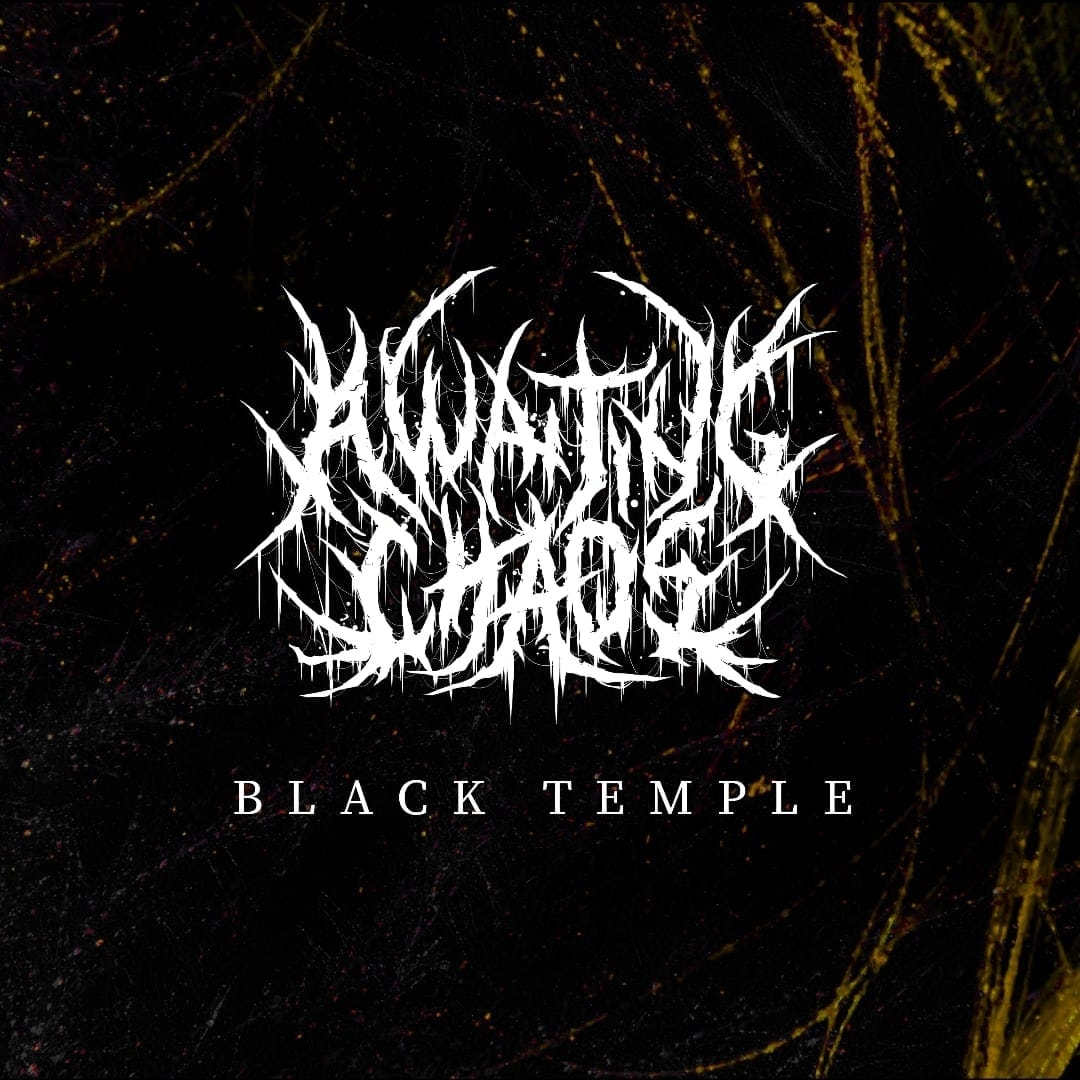 Next in line was Awaiting Chaos who recently signed with Necktwister records and will release their next EP/album soon. Awaiting Chaos has bandmembers coming from Goreforce 5 and When Plagues Collide. The venue was getting packed, and Awaiting Chaos unleashes hell and accomplish the "Award of First Pit of the Night." I loved the interaction of the band with the crowd. From brutal breakdowns to filthy gutturals backed up with limb dismembering blast beats! We got also a sneak peak of their new song "Inferno" which made me look forward to their new upcoming EP/album. My personal highlight was the legendary cover of "Unanswered" by Suicide Silence, this was a huge tribute to Mitch Lucker. They even succeeded in getting a standing ovation from my cousin (he is the type that always watches shows in slience) and to buy merch. 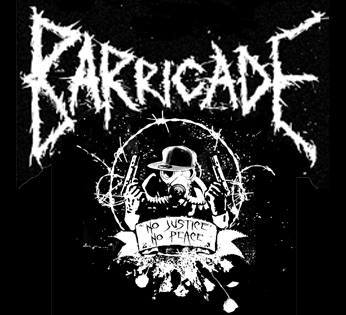 Next up was BARRICADE and this was their final show after 10 years of fireworks and fun. BARRICADE delivered an epic conclusion that hit like a freight train. This resulted in a headbanging crowd that brought out the smell of some kind of conditioner. BARRICADE played classics like "AA MOEDERe and "La Fiësta Loca De La Cucaracha" with their grinding hardcore sound. After this set we had to murder our thirst with another Kriek. 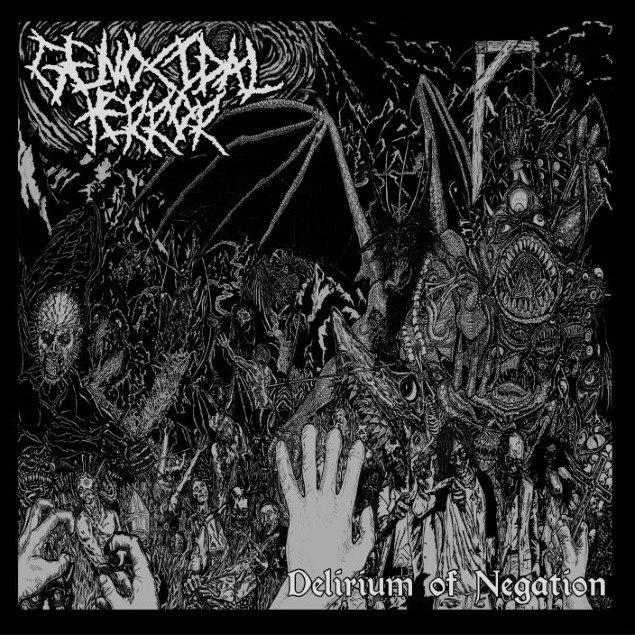 We were halfway and now it is up to Genocidal Terror with ex-bandmembers from Krigavar, Slow Puncture and Witness the End. The venue was filled with smoke and Genocidal Terror unleashed their pandemonium with epileptic light effects. It was a mix of death in a stew of grind with a huge pinch of black. 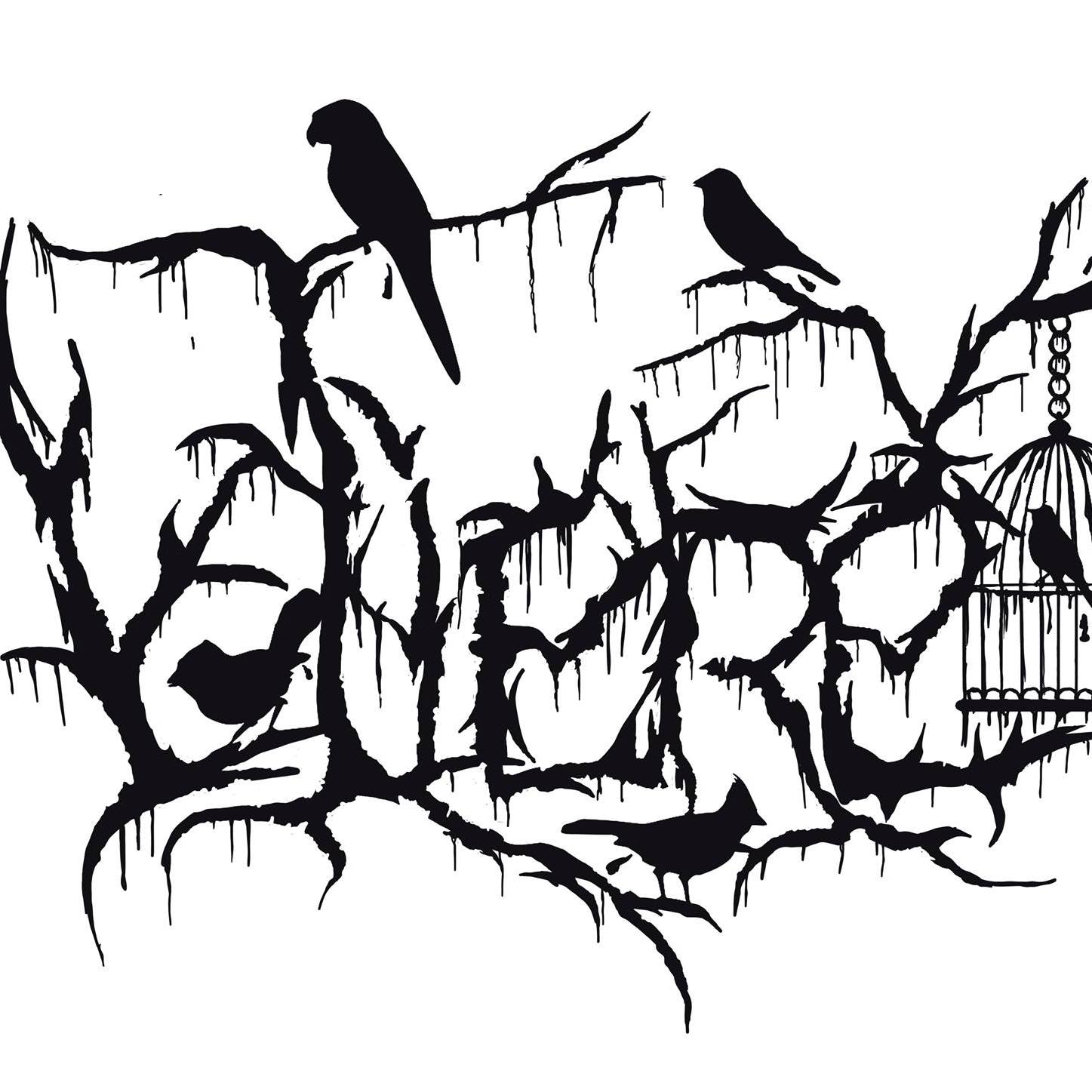 Then it was time for Volière to slam their wings of disaster. What a sight to behold, there was a bunch of chickens and even a flamingo on stage. The crowd started a chickenpit accompanied with chicken neck twisting riffs, egg breaking bass, pulverizing eagle screams. Volière was The Berserker on chicken pox, and I loved it! The best part of their set was when the band began a polka with ‘Heidi Grindy Hoe’ and turned the venue into a circle of feathers. Volière ended with an Aftercock party (dancing on techno). Personally, looking forward to seeing them back at the release album show of ‘Slaughter The Giant’ in Hell on November 12. 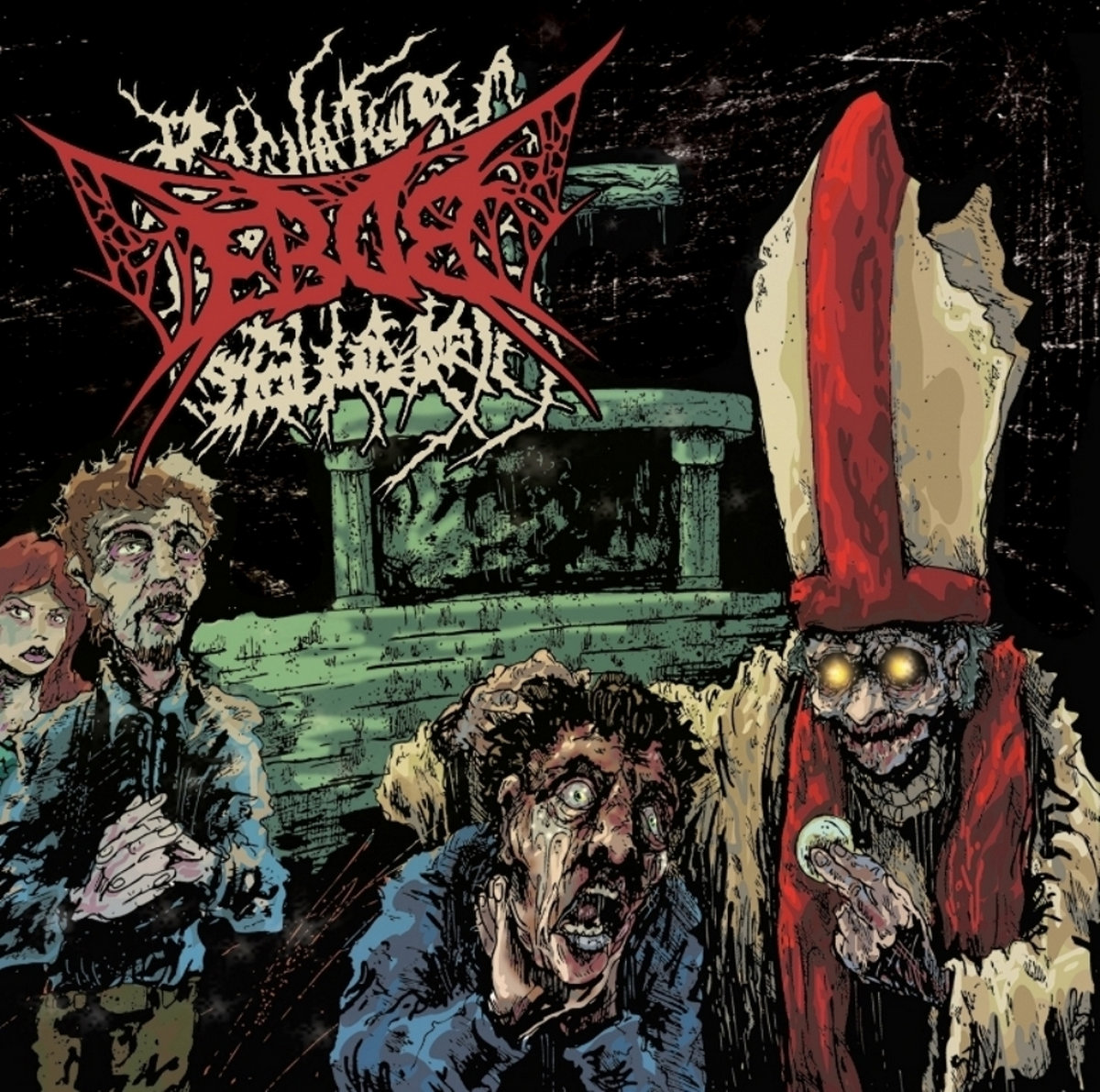 We ended the night with ‘E.B.D.B’ (Ejaculation Beyond Diarrhea Boundaries) coming from West Flanders. They violently demolish my eardrums with their groovy slam with a twist of grind.

{
We had an amazing evening at Wommel thanks to all the bands and all the people who helped for setting this event up. Credits to the people from the bar from bringing the coke I forgot because my love for the Kriek was too great.
I enjoyed every band but for me ‘Awaiting Chaos’ gets the award of ‘SHREDDER of the Night’ and ‘Volière’ gets the award for ‘Surprise of the Night’. From Filty Gutturals, the polka, flying feathers, flying bottle of water that soaked me thrown by Senne aka Johnny Kartonni (singer Awaiting Chaos). Albatroz you were marvelous.
}