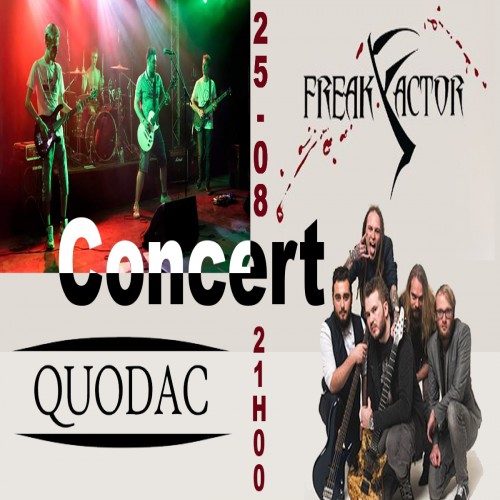 Review written by David Hardy. Photos by David Hardy.
Yesterday, Thursday August 25th at music bar "La Lorgnette" in Mons/Bergen was held a double metal concert ... yes, you read correctly, in Mons! One of the least reputed cities for the metal scene in the world welcomed not one but two quality concerts whose bands set the city of the doudou on fire!
First of all the atmosphere, family and friendly, we met the bearded mastodon of 140kg hairy and tattooed to the young girl of 12 years old accompanied by her parents for whom I dedicate an unfailing admiration for this education to the good music that they manage to lavish her! In short, everyone from 12 to 55 years old found his/her interest, even if the average was still close to 25-35 of age! There was no shouting, no fighting, no crying, just fun and great sound! 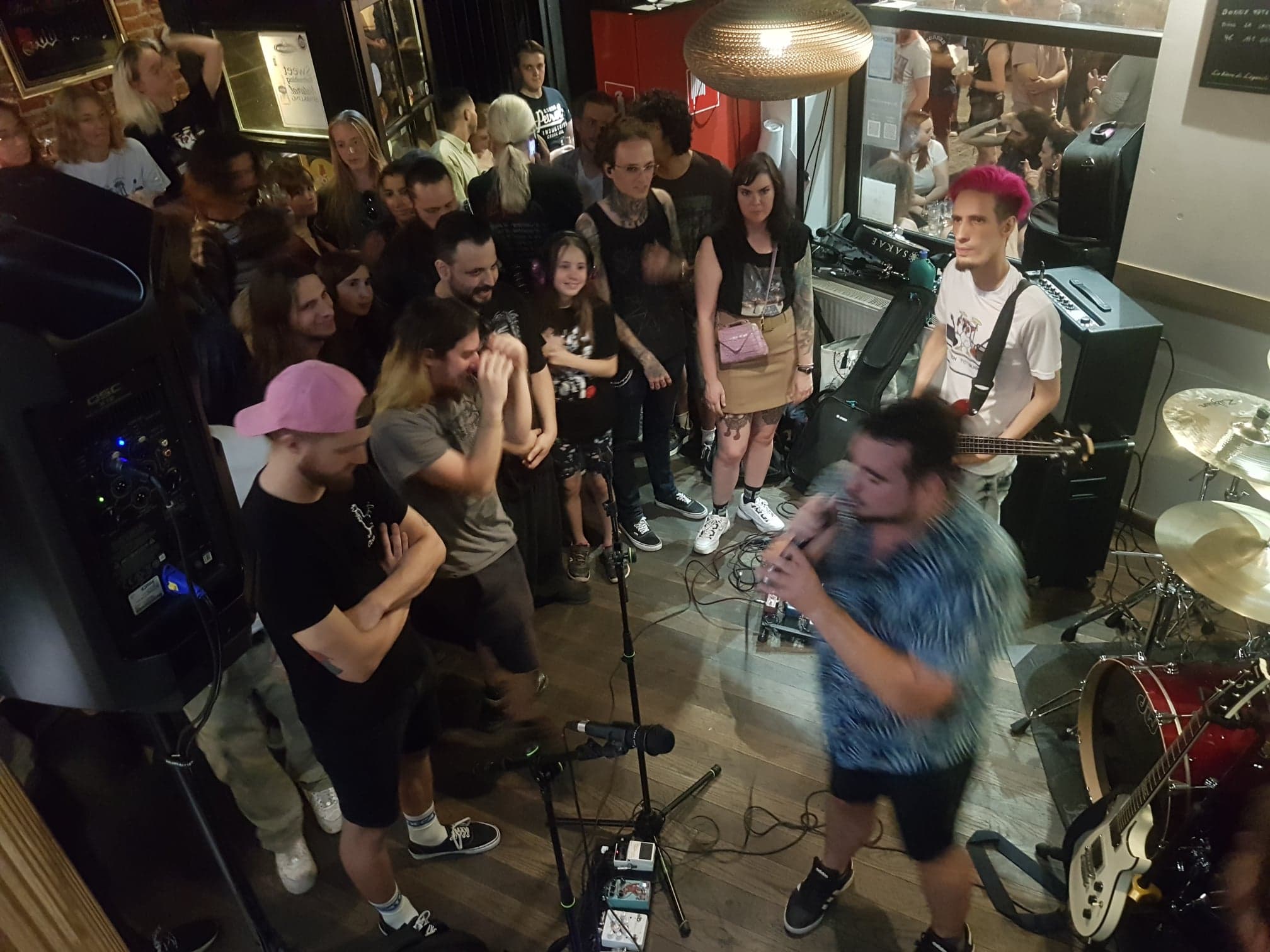 The place, it was "la Lorgnette" on the street of the clercs in Mons in 9,3 steps of the main square... in the first sense of the term! This small bar by the surface makes it warm and friendly by its atmosphere and its decoration. What to say about the human bosses and close to their groups, as well as to the customers! They are passionate about music as well as their work, so you can feel it and it makes things clear from the beginning, you feel good and it's a pleasure to go and order your pint!
The energy was present with a first set from Quodac that more than warmed up the room with mainly alternative metal compositions inspired by the likes of System Of A Down, Breaking Benjamin & Three Days Grace but also solid and tasteful covers that put everyone in agreement! The next set was provided by Freak Factor, I would not even say assured, I would say pushed into the skull of the audience with big blows of metalcore & nu-metal riffs and growls, music and power whose charismatic leader Nicolas Vincart brings what it takes of extra soul that to make a memorable concert.
It is good to note that despite the unbearable heat, the spectators had come in great numbers to listen to Quodac and Freak Factor, two Belgian French-speaking metal bands ( yes, it exists) who, although also suffering from this unbearable heat, gave their all, tripe, blood and guts so that the atmosphere was intense during these ... "oufti", ... 2 hours of show easily!
Note that they were available and present for the fans and friends, before and after the show, and that they have to say thank you to the "family and friendly support service" for the help they brought so that they could free up time for us poor little mortals! Yes, well, now I have to say thank you too! :D
I clearly invite you to go and discover them both on the bands page because they are making their entry in the Belgian Metal Shredder family, and I would even say that both Quodac and Freak Factor also now has their first show reviews! Well deserved to both of you guys! 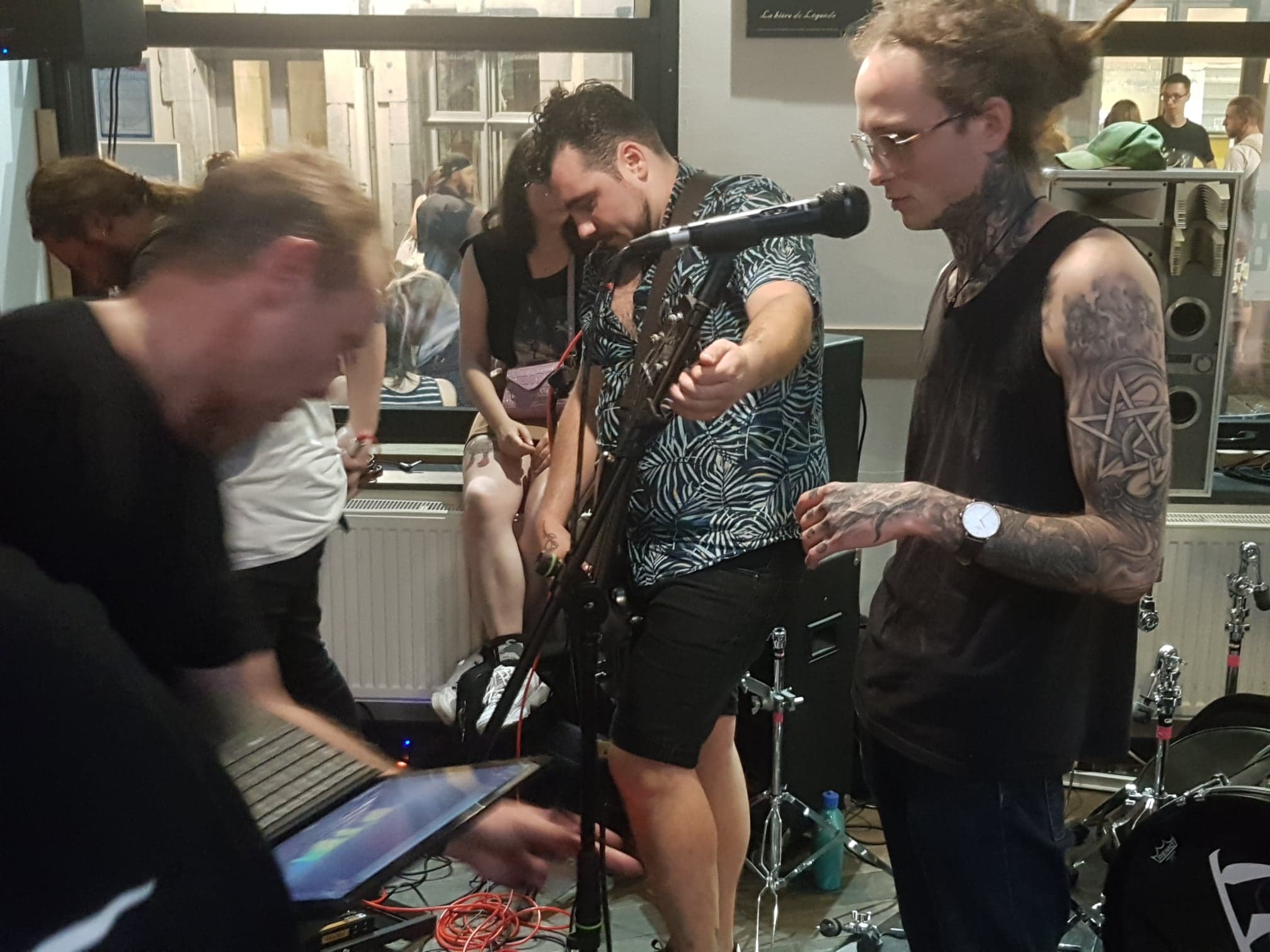 {
To finish, I sincerely invite you to go and see them live especially if you enjoy alternative metal, metalcore or nu-metal, even if, let's not lie to ourselves, Quodac still has some things to improve, they still deserve it and bring what we expect from them and much more! As for Freak Factor... they are ready to go! Come and pick them up while it's still time, the stage is home for them! To finish, because it is necessary to finish, the organization, with the small onions! The sound was very audible inside as outside and the swap passed without any problem! A success that I will not fail to keep in memory and which, seriously gives me the desire to come back to see more often what happens in this rock café of montois!
}