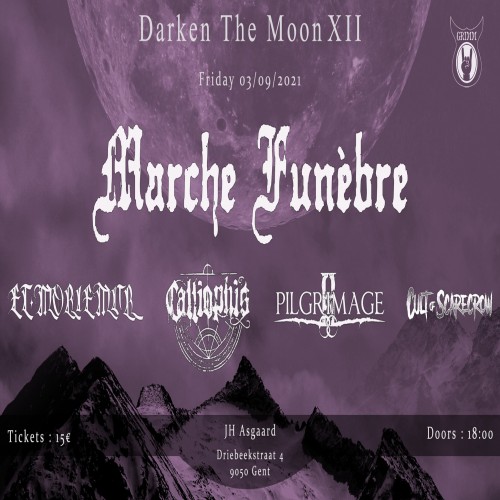 Review written by Stijn "Metal Shredder" Daneels.
On September 3rd 2021 we went to the newly established JH Asgaard for a doom-themed festival organized by Belgian doom giants Marche Funèbre and featuring many of their international doomy friends. This was the 1st of 3 major events we attended in September (the others being Belgian Blast Festival & Devils Rock For An Angel) and it also was the first post-pandemic event that we could go to without facemasks or social distancing. Just like old times! 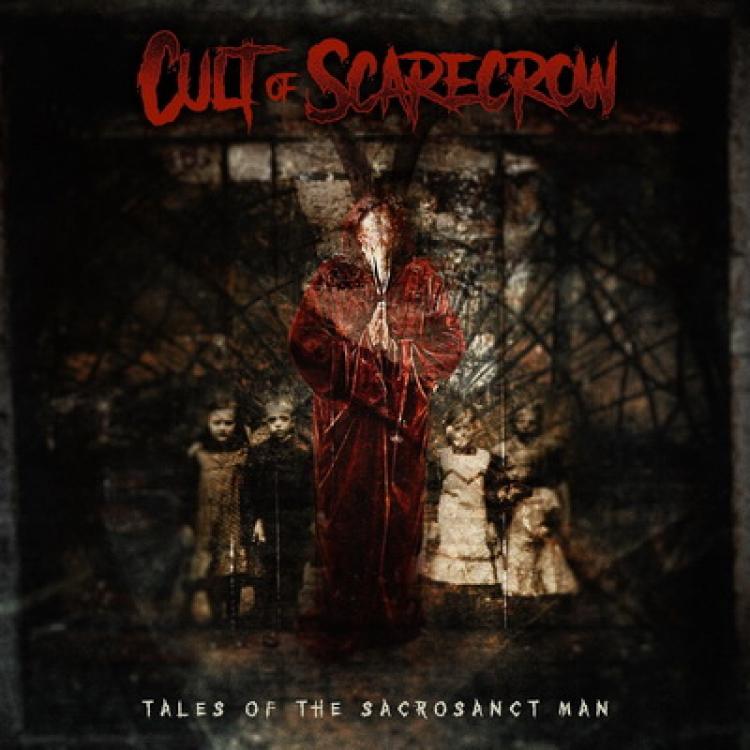 Darken The Moon XII began with the Belgian epic doom metal band Cult Of Scarecrow. We’ve been following this band for a few years now ever since they participated in the semi-finals of the Wacken Metal Battle Belgium. Their debut album “Tales Of The Sacrosanct Man,” which they released worldwide this month was one impressive piece heavy & doom art (read our review: : https://www.belgianmetalshredder.be/reviews/310).
Their gig at JH Asgaard, however, did suffer from a couple of technical issues, rhythm guitarist Ivan’s guitar didn’t play properly which forced him to leave the stage. The rest of the Cult, however, quickly decided to keep the show going and that was a good decision since the place was already filled with interested headbangers. Cult Of Scarecrow’s sound is orchestral heavy metal soaked into a doom metal atmosphere. The vocals are operatic, there are plenty of old-school rock inspired guitar solos, the drums and keyboards give the sound a larger-than-life feel. It’s a straightforward style of metal that is easy to get into but with enough depth and power for the more seasoned metalhead.
Despite Cult Of Scarecrow not playing at their full potential they did do everything to make themselves a fun opening act. Their rather joyful sound made them quite different compared to the other bands on Darken The Moon XII. If you prefer old-school with a touch of doom then Cult Of Scarecrow is a great band to check out.

Next up on Darken The Moon XII was the Dutch-Maltese death & doom act Pilgrimage. I didn’t find much info about this band, but apparently they started in 2019 and their debut album, called “Sigil Of The Pilgrim Sun” is scheduled to arrive this November. I also don’t think they played much live gigs since their inception because of COVID19 related stuff.
That being said, however, Pilgrimage didn’t feel like a debuting band at all when they took the stage at Darken The Moon XII. Pilgrimage went for very slow and heavy riffs that roared through the halls of JH Asgaard. These thunderous tunes were backed by grunting vocals and soaring guitars. It give their sound a sweet multifaceted aspect that was pretty much constantly drenched in grim despair.
Although Pilgrimage ticked off all the boxes for them to be considered a traditional doom metal band, their melodic side did spark my interest. For me, it was a pleasant first encounter with this fledging death & doom band and I’m looking forward to check out their first album in the near future. 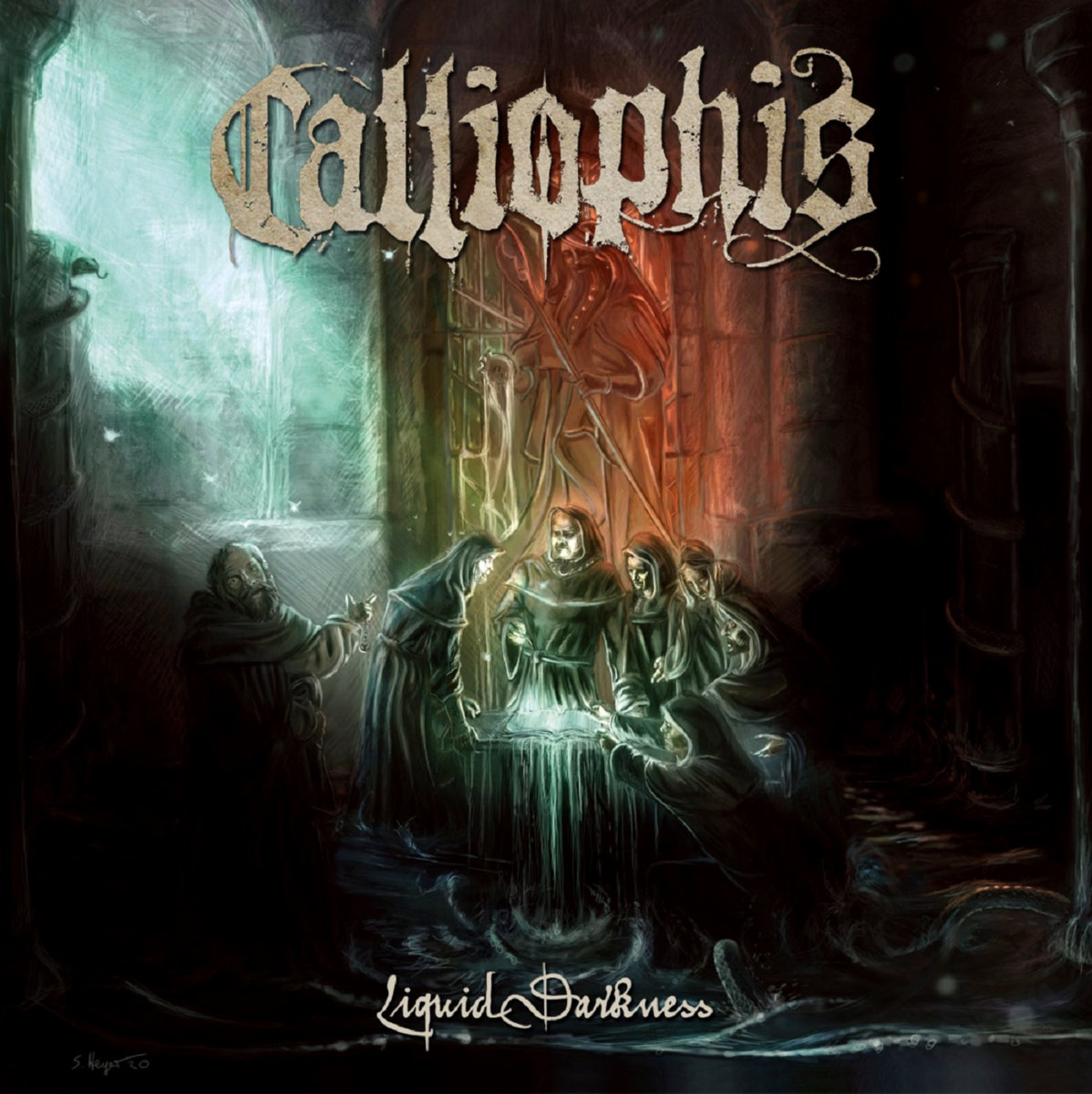 The well-established German death & doom act Calliophis was next on the lineup. Just a couple of months ago the band released their 3rd full-length called “Liquid Darkness” so a gig at JH Asgaard was a perfect place to showcase their style of deadly dread to the young Belgian metal masses.
While the band shared some elements from the previous band Pilgrimage (including vicious grunts and melodic guitars) Calliophis was another kind of two-faced death & doom metal. Their main sound consisted of long songs with lengthy parts of peaceful, ambient and dreamy melodies that eventually got brutally smashed by distorted riffs and throat-ripping vocals. Often these harsh vocals went hand-in-hand with the meditative tunes. In addition, the venue was filled with the smell and fumes of incense which further added to the dream/nightmare setting Calliophis was conjuring.
Overall, Calliophis was a pleasantly bizarre band to discover that used the doom metal subgenre to draw the crowd into a incense-fueled haze to sit down and dream along to. 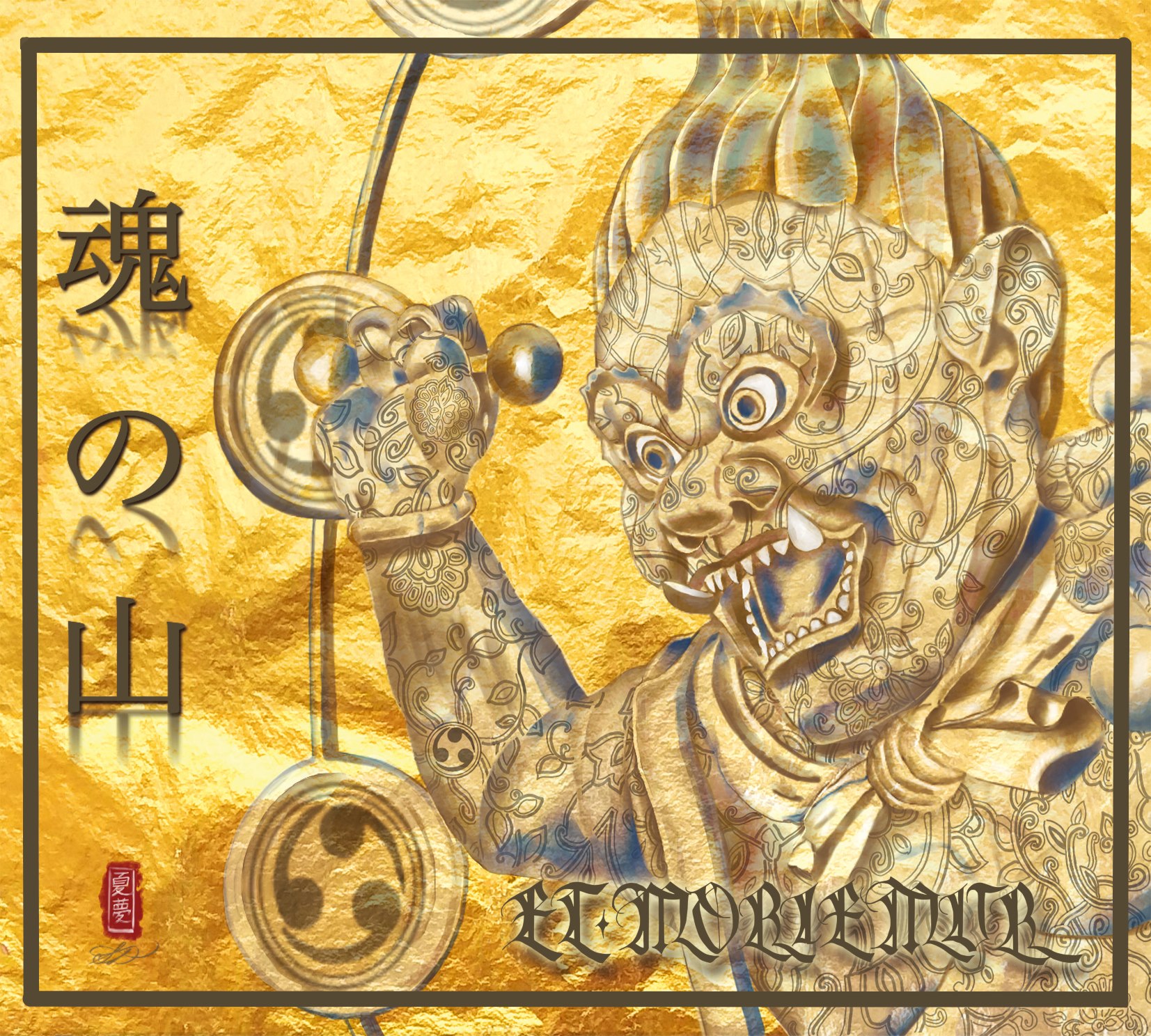 I’ll be honest here, I didn’t see this Czech doom metal band at Darken The Moon XII. And I mean that literally, when the band started their gig most lights were turned off and so we could only see the silhouettes of the band members. Only vocalist Zden?k occasionally appeared in the sole pillar of light that was shining about a meter in front of him. This lack of lightning was, however, a deliberate choice and to great effect as it turned the stage into a void of pure darkness with voices and sounds echoing from it and sucking us all in as the shadows of the band members were looking on.
Et Moriemur, like Cult Of Scarecrow before them, offered a more cinematic take on the doom metal subgenre by use of symphonic keyboards and clean vocals. Unlike Cult, however, Et Moriemur’s sound and presentation was devoid of any humor or joy. It’s intense, unpredictable and thanks to the aforementioned pitch-black stage it gave the whole show a ghastly setting.
With the band preparing themselves to release their 4th full-length “Tamashii No Yama” this year, I’m very curious to hear what other black magic they’ll be summoning. I, for one, am certainly enticed. 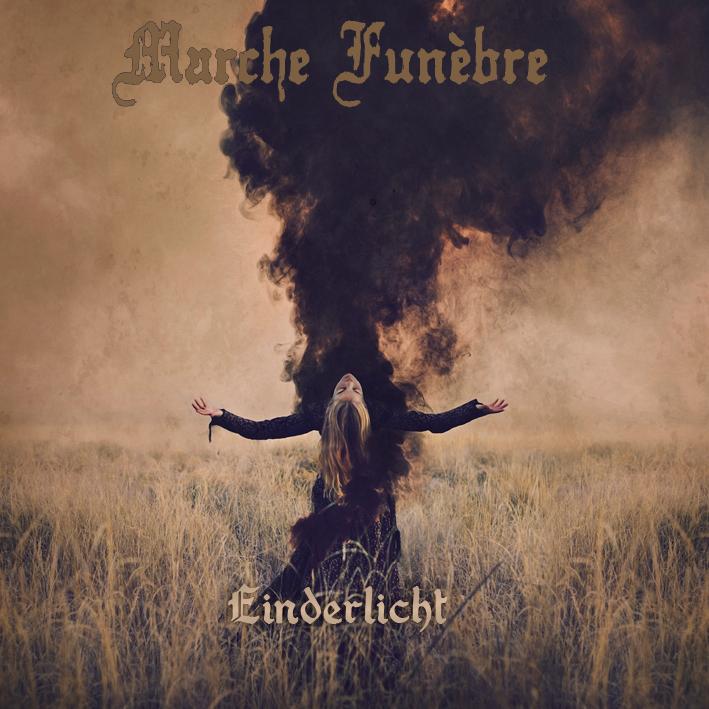 The hosts behind Darken The Moon, our country’s landmark doom metal band Marche Funèbre were the final act of their event’s 12th edition. A year ago the band released their long-awaited 4th album “Einderlicht” and that day Marche Funèbre finally had the chance to showcase their “brand-new” album live.
Marche Funèbre’s sound was very diverse for the doom metal subgenre. It was a style of slow burning riffs & galloping melodies, vicious growls, agonizing shrieks & operatic vocals. The songs were, in typically doom metal fashion, very lengthy, but thanks to this huge variety of musical traits it didn’t bore at all (and that says a lot for someone like me, who isn’t quite attracted to overly long songs). The band had a ton of energy on stage and so was the crowd, Marche Funèbre even managed to evoke a mosh pit.
After a variety of doom metal acts Marche Funèbre served as an ideal summary of the bands that played before them and supported by an exhilarated crowd the band played a lengthy headline performance that showed exactly why Marche Funèbre is among the Belgian doom greats. I think it’s about damn time that I write a review of their “Einderlicht” album.

{+ A diverse and talented doom metal lineup;
+ Venue has a large parking and a ton of drinks (including beers, meads and cocktails);
+ Ladies toilets have free tampons and menstrual pads;
- Not the type of event for those who don’t like doom metal at all.
With a lineup of 5 talented doom metal bands from all over Europe, Darken The Moon XII was a successful feast for all doom lovers around. Each of these 5 acts gave their own sense of darkness to JH Asgaard and I’m very curious to see how this interesting series of doom metal events will continue. Even though I’m not big into doom metal, the people behind Darken The Moon sure know how to keep casual and hardcore doomers entertained. For me, it showed that doom metal is a much more varied subgenre than I had initially presumed, so I’m certainly going to dig my teeth deeper into this stuff very soon. 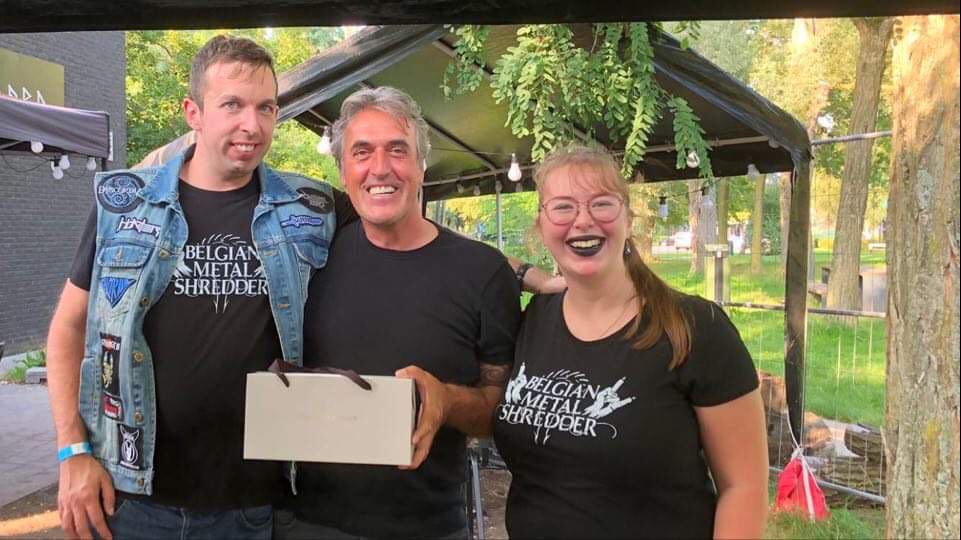